America’s trains are moving…let’s get on board! 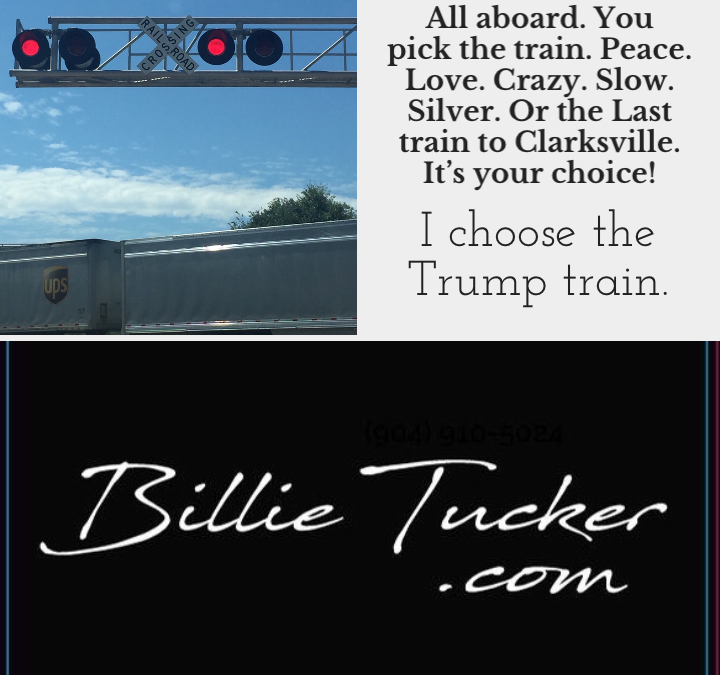 I was frustrated. I had opened up my sliding glass door to let in fresh air but once again the sound of a train was interrupting my work. I had counted 7 trains so far and the morning was still new.

I couldn’t take it anymore and jumped up to close the door. And…just as I did… this song from my teenage years started playing in my head:

Now I’ve been smiling lately,
Thinkin’ about the good things to come
And I believe it could be,
Something good has begun

Get your bags together

Come bring your good friends too

Because it’s getting nearer

It soon will be with you.

Peace Train. That song was filling my head with what I wanted. Peace! And I needed to stop with the frustration and get on board! Instead of being upset at the noise, I needed to reflect on why those trains were rolling down the tracks (another song – hint: Johnny Cash!)

The trains were rolling because the economy was too. During Donald Trump’s campaign, there were shouts of “Get on the Trump Train” and so many said “Never” and others – even today — are still “Resisting” the great things happening in America.

The momentum had begun and the Trump Train had indeed happened!

And that is a first because campaign promises usually don’t happen once someone takes the oath of office. Instead of “Promises Kept” we get “Excuses” and that’s the way politics has been in my lifetime. It’s been very discouraging and has rattled our faith in political candidates.

But not now!!   The promises this man made during his yearlong campaign are happening.   He’s really doing it and he’s doing it against the Resistance and he’s doing it with strength and courage of a fearless leader. He’s not backing down or backing up the Trump Train to appease them.

The irritating sound of the train suddenly became sweet music in my soul. I was humming the train songs playing in my head and thanking God for answering the prayers of many who prayed to save America.  We had been given a second chance again in America because of those prayers.

A chance that we cannot take for granted and we can’t forget.

A chance to stop the destruction — by wicked and evil men — of the greatest nation on earth.

A chance to redo the wrongs done to so many great patriots who were mistreated at the hands of a corrupt administration.

A chance to protect the founding documents and forever keep them safe for generations to come.

I left the door open so I could enjoy the sounds of the economic machine rolling down the tracks. And then…I sensed there was more to this “train message” and I felt a tug to research — “What does “train” mean in the Bible?” I had no idea what I would find and what I discovered gave me a sense of awe and a feeling of wonder about where we are in America today.

“When a King was victorious on the battlefield, he would cut off the defeated King’s robe and sew it to the bottom of his robe. The longer the train of his robe, the more victorious he was and the more kings he had defeated.”

(So all those trains I had heard indicated we defeated the enemy with the election of Donald Trump and a lot of long trains are our victory!)

And…can I get a train trumpet shout out on this discovery:

In the book of Revelation it states: “God’s train fills the Temple!

(More goose bumps on that one! Defeat against our enemies has already been accomplished by our Great God in heaven.)

How cool is that? Trains outside my window. Trains in the Bible. Train songs in my head. I do believe God wants to train us to let Him conduct business His way ‘cause His robe is YUGE.

I’ll never get frustrated again with the sound of the train interrupting my thoughts or a long wait at a train crossing. Instead of being frustrated, I’ll sing a train song and imagine God as the conductor of my life. I’m just going to learn to relax and take in the view and enjoy the trip!  My final destination is Heaven and I can’t wait to get there one day.

Oh my friends, it’s a great day in America.  The sounds of trains moving down the tracks has me excited and the feeling of God’s train over my life is warm and loving.  I just feel like singing!  Want to join me? Go to YouTube and search “songs with trains” and get your day rolling. As for me, I’ll start with this one ‘cause it has Russia and China in it and that makes me laugh. I’ll be colluding with them as we sing about Love all over the world as I ride the Trump Train with God as the conductor!