Driving into the future 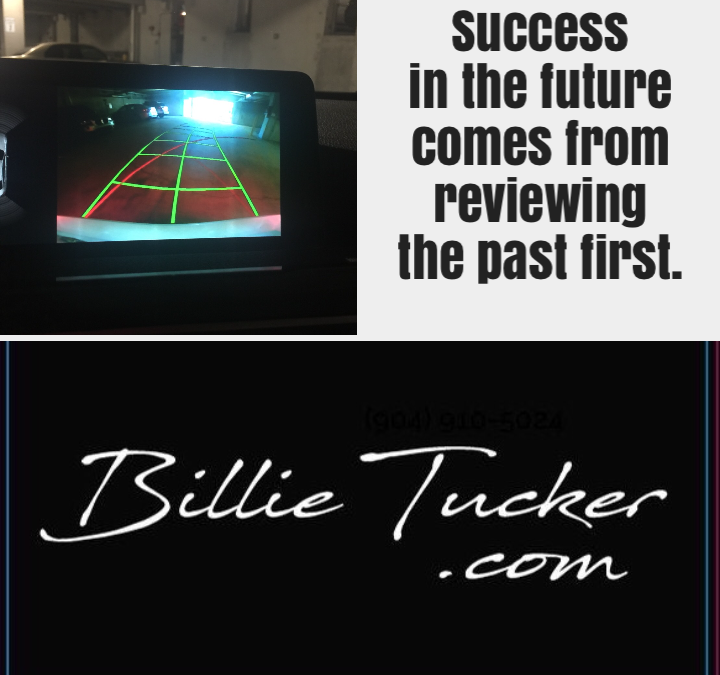 My mind was totally engaged in thinking – overthinking that is (’cause I do that so well) — as I grabbed my computer, my purse, my coffee cup, and my keys.

I was heading out of town for a business meeting to help resurrect a business concept that had not gotten off the ground floor.  I had been asked to be a part of “the new deal” and I was looking forward to getting to work after the month long holiday celebrations.

The business idea was a good one and I was curious as to why the team had not been able to pull it off the first time.  I’d heard a few stories and was eager to get in a room and hammer things out.

My mind was thinking about all that we had on the agenda.  There was much to do because the future was here and there was no time to waste.

I placed my computer case on the floor board, the cup of coffee in the cup holder and I hooked up the phone to the cord charger.  I pushed the button to turn the car on (I’m still finding that odd – no key to turn); I adjusted the radio to “road tripping music;” and I put the car in reverse to ease out of my personal parking spot and head out on the highway.

The warning beeps started coming.  You see my two “parking neighbors” have large vehicles in “small vehicle parking spaces.”  It’s always a loud experience backing out because I’m looking on both sides of me to ensure I don’t do damage to their cars or mine and the beeper is going crazy alerting me to “danger — you are too close.”  It’s not a fun experience when you are trying to have a calm morning!

My new car has the back up camera and as I inched my way out, I stopped for a moment and looked into the rear view picture on the screen.  The beeping stopped and I was ready to put it in drive — and yet — I didn’t want to leave —  just yet.  I had a feeling a message was coming as I sat quietly in the parking garage with my car in reverse and the motor humming.  I get “that feeling” when my gut — or like I prefer to call it — My God Gut — wants to tell me something.  And then He did — in his quiet way with me:

As you help them plan the future, don’t forget to check the past and avoid repeating the same mistakes.

Listen for any warning sounds and watch out for roadblocks.

Make sure those on the team are driving in the same direction.

Whoever the new driver is, does he/she have the credentials and the “get ‘er done” to make things happen.

Don’t linger with the past deal too long —  because the future isn’t there.

“Got it,” I said to my God Gut and I thanked Him for His generous wisdom He imparts on all of us.  (We just have to listen!)

I drove out of the parking garage and the morning sun was peeking over the downtown skyline. The station on the radio was perfect and would act as the background music for my life today.  I picked up my coffee cup and took a swig as I crossed over the Fuller Warren Bridge and headed West.  I just knew this was going to be a good day.

That two hour drive gave me time to think; make phone calls to discuss “what happened” with other team members; and evaluate the reasons why this business endeavor had not launched well initially.

With all that information gathered and the long, winding road speaking to me about where we were headed, I felt good about this deal.  It was a good deal.  It had been well funded but not managed properly.  The leader at the time was in over his head and not the right man for the job.  With the right leader and a little massaging of the business model, this thing could change the world.  I’m not kidding!  It’s a really cool concept and I’ll share more later about that.

It was a “big idea” and sometimes big ideas don’t get off the ground initially.  But people with big ideas are the ones who change the world.  Just ask President Trump about that!  He is quoted as saying:

“I like thinking big. I always have. To me it’s very simple: if you’re going to be thinking anyway, you might as well think big. Most people think small, because most people are afraid of success, afraid of making decisions, afraid of winning.”

He’s right.  There really are people who are afraid of success yet they want to be successful.  Crazy isn’t it to think people can sabotage the very thing they say they want.  It happens all the time — more than you can even imagine.  It truly does take courage and boldness to be a success.

So have you been thinking big?  Do you have a new idea?  Do you want to stop what you are doing and do something totally different?  What’s stopping you, my friend?  Figure out what your fear is and then face it with courage.  (By the way – your fear is not as big as it seems.  He just has a big ego and makes you think he’s big!!)

It’s 2018 friends.  We are nine days in.  There is no time like the present to get going with those dreams of yours.  Don’t linger too long in the past — you can’t move forward until you put it in DRIVE.

I’m so ready myself to get moving and shaking things up a bit.  I hope you’ll join me as we travel the 2018 Highway — with music blaring and big ideas a coming!  I’ll see you on the road and if you need a navigator, call me!

Billie has spent nearly 30 years helping CEOs through executive coaching, leadership development and board governance. She became well known throughout Florida for promoting and building CEO roundtables in every major city for Vistage Florida, a think tank for CEOs. She has earned a reputation for her keen understanding of the motivations, challenges and goals of people and has become a life-long student/teacher of leadership. She craves anything leadership related and enjoys being around the world of CEOs and executive teams. She respects the risks they take, the decision making processes they use and the jobs they create for their fellow man. She has emerged as a key resource for those who want to understand insights about business, executives, management teams and board dynamics. And she especially loves the Leader of all – her Lord and Savior Jesus Christ!