NFL: The CEO and Coaches need a Coach!! 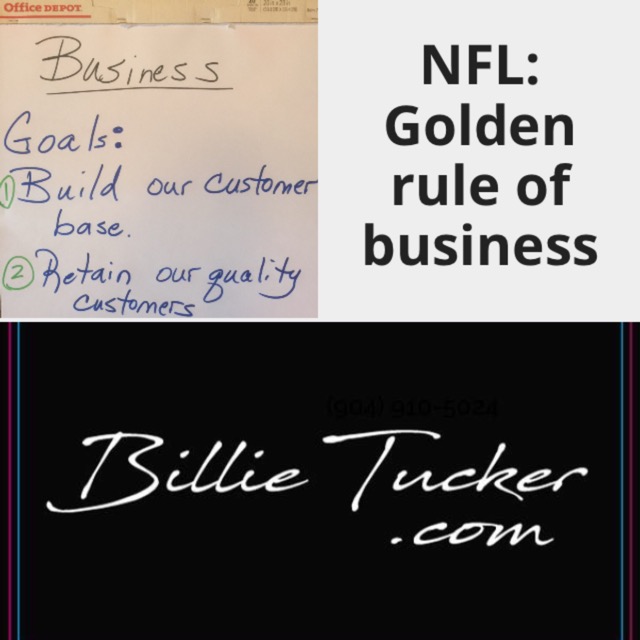 I am a Strategic Planning Consultant and an Executive Coach. I’m blessed to have been doing this work for more than 25 years.

The world of business is where I find great joy. I love to see plans put together out of the passion of it’s owner. Most of the CEOs I work with started their companies out of a desire to bring something to the world that no one else was offering like they could or would.   They had a dream and they pursued that dream to build a business and make the world a better place

Some started in a 1-bedroom apartment with a phone and a fax machine – way before laptops were available. Others grew up building sandcastles on the beach and now build facilities for their clients to house their passionate ideas and people to implement them.

Others left a business they were in because that business did not meet their values and they saw better ways to build a mousetrap.

Business is fun and it takes a dedicated CEO to see it through hard times, good times and day-to-day times.   The CEO must make important decisions daily and oftentimes they are not the decisions the employees would make.

You see – the CEO has a different perspective and sees things from a different seat in the company.   His decisions nearly always focus on what’s best for the customer is best for our bottom-line.  That way he can continue to stay in business.

When I work with a CEO and their teams, we always go back to the purpose of the business and how to keep connected to its customers so they will be pleased and return again. That is how a business stays in business. Returning customers and building new ones is a key indicator of a great business.

Yesterday I was stunned as I watched a business entity, the National Football League, leave its customer base. The outpouring of disgust for this business was truly eye opening. It was a frenzy of FANatics and they were just not having it.

As I watched the unraveling of team support hit the social media pages, I knew in my gut what had happened. It was fully on display by the Coach or Team Owners themselves.

Ego got in the way of making good business decisions.  That is one of the worst behaviors in a company – the CEO Ego out of control.

The CEO/Owners/Coaches defended the outlandish behavior of some of their employees. By doing that they sent a message to their customers – “We don’t care what you think.”

Yes, CEOs can tell a customer to “go take a hike” and sometimes that is a necessity. And, yes, the employee may be right IF the customer has been rude to them. The CEO must stand up for those employees who have been badgered by the customer.

However…in this case, the majority of the people who purchased very expensive tickets and merchandise did not do anything to the players. They came to the games and cheered them on and bought high-priced beverages and food while wearing their team’s jerseys proudly in the stands.

They even supported them when they were LOSERS – because that’s what you do for your hometown team.

Unfortunately, the team didn’t do the same thing for those who supported them.

They didn’t take into consideration that the majority of those in the stands were loyal to them AND to the country that gave them the ability to work and make millions tossing a rubber ball around. They didn’t take into consideration that their customer base is filled with hard-working, God-fearing, American-loving patriots who only want to show up and watch a football game without being told they are racists and turning their fun time into a political stand.

The owners/coaches of these teams who took a knee failed miserably as leaders yesterday.  It was embarrassing to watch.

They let their egos get in the way of their mission and their customers were sacrificed to a small band of bullish employees who offend easily and are nothing more than spoiled-rotten brats. These owners and their brats just ruined a business that once was worth millions and had the support of a huge customer base.  Do you have any idea how many people would love to be the owners of a company like that?  Do you have any idea how EGO ruined a great game of business?

AND:  They let their egos ruin the tax dollars spent to build stadiums that may now become a plight on the city.  These owners didn’t just have loyal supporters – they have taxpayers who can’t afford to attend games pay for part of their stadium.

They let their egos rule them and shame on them for not having the courage to stand for their customers.

Their emotions sided over thoughtful decision-making about what was best for those who ultimately pay their bills and their brats high-priced salaries.

I’d love to coach the coach and it wouldn’t be much different than what America’s CEO, Donald Trump, said – “Fire them.”

If your employees can’t respect your customer base, they should get another job.

If not – you need to get another mission because customers go where they are appreciated.

That’s the golden rule of business.

Customers have the power to make or break a business.  It will be interesting to see how all this “plays out” or “doesn’t play out.”

God bless America.  I stand with her.