The unintended consequences of change. Don’t take away the fun. 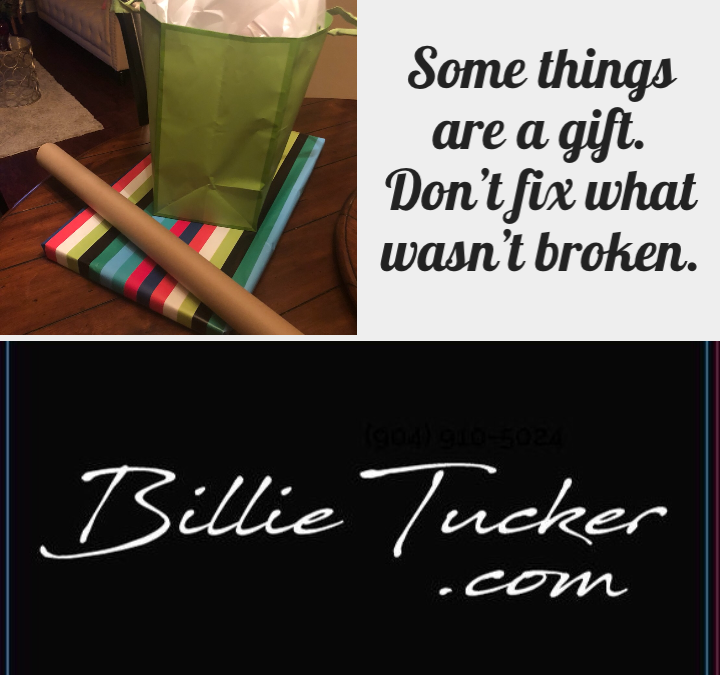 I just finished wrapping a birthday gift for a friend and there it was – another change.  The hard roll that usually held the wrapping paper was now a double “roll” of stiff brown paper.  I stared at the roll and thought to myself, “Why is it they have to change everything?”  How will little children enjoy the benefits of using that hard tube to play battles with each other?  How will a husband playfully chase his wife around the table teasing her with a swat?  Where will children’s artwork be stored if not inside the hard tube?  Did anyone understand the unintended consequences of that little change?

Last week we endured the plastic straws that needed to be done away with.  When they changed from paper to plastic, I was there.  I remember drinking from a paper straw but the world said plastic would be better – so we changed.  Granted the paper straws would start to get soggy after a while so that was the reason to drink it up and head on out to whatever.  Now with the big gulps — you need a plastic straw to endure the all day drinking that it brings with it.  I guess the demise of the paper straw had something to do with the increase in diabetes since we don’t have to rush to finish our drinks now.  Just sayin…

And let us not forget, when you didn’t need a plastic bottle of water every where you went — including the church pews.  The first time I saw people walking in to church with water bottles, I thought it odd.  Couldn’t they go for one hour without a drink of water?  If they needed it, wouldn’t the water fountain in the hallway suffice?  Nope that wasn’t good enough.  We had to carry a bottle of water to keep ourselves “hydrated” instead of grabbing a glass from the cabinet and lifting the faucet handle to fill the glass.  And now we have landfills filled with plastic water bottles and no one really knows what to do with them all.

Some things should change and then…some changes need to stay the same.

I don’t want to grow old and wish for the good old days and yet I must admit, I sometimes do.

I miss the milk man delivering our milk (real milk – not that almond stuff) in glass bottles.  Those bottles were delivered to the front porch and placed inside a aluminum cooler.  We would run to the door to retrieve the bottles for our breakfast cereals of Snap, Crackle, Pop Rice Krispies.  Now we buy our milk in more plastic and throw them away along with the plastic water bottles we tossed yesterday.  And by the way — our cereal back then didn’t contain RoundUp!  Yep, that was discovered recently too and it made me sick to think my Grands are eating cereal with RoundUp as an added ingredient.

I miss the Charlie Chip man coming to the door with a tin can of potato chips in his arms.  We would devour those delicious chips and place the empty can outside the door to signal we needed another one.  The cans were handed off and a new one filled with fresh chips were devoured again!  And what about the ice cream man signaling his arrival with his music playing?  The popsicles on a stick were my favorite and afterwards we would wash the stick and add them to our collection so we could make crafts with them later.

Don’t get me wrong, I am having fun.  In fact I am having a lot of fun as I age and I can because I am more free personally than ever before.  The unintended consequences of a nasty divorce gave me more fun times than ever.  They also gave me a new sweetheart who likes to have fun too.  Our rule:  No bumps on a log will we be so we go to movies, concerts, restaurants and travel as much as we can.  There is so much to see and do and we have less time.  We are now focused on fun and I wish I hadn’t waited so long!

I do worry about the kids who today seem more sad and concerned with issues that should not be a problem for them in their youth.  They need safety in our streets so they can bike to their friends house around the corner.  They need to play ball outside until dusk instead of sitting in front of a computer screen playing killing games with others across the globe.  They need parents who will take them on adventures such as camping without conveniences and swatting yellow flies while making fires from sticks they picked up on hiking trails.  They need to chill and look around at this great big world and see the goodness she has waiting for them.  There will be time for changing the world when they are older but for now – they need to feel life in the layers of their skin and ride like the wind.

Maybe I’m a little melancholy this morning and wishing for better days that once were.  I do wish, however, that some things we want to “fix” will now be looked at with a different eye – the eye of “the unintended consequences” and ask ourselves – “will this eliminate fun?”

The world needs fun, my friends.  Don’t forget to play today and using one of those nasty plastic straws to shoot spit balls at your children is a great thing to do.  And when the toilet paper is done, take that roll and make a kazoo out of it.  And don’t forget to use that paper towel tube to swat your spouse and take her in your arms and kiss her madly!

Fun.  That’s my goal today and every day and I hope it’s yours too.

And if you want to know more about straws and their evolution – here’s a great story:  The history of straws

Hey guys do you remember the straw with the spoon on the end.  Wasn’t that great?

Be blessed today.  Have fun.